After the ticket-machine at the zoo and the locked-in 24h machine, I now have a new addition for the unusable machines collection :) This time it’s a vending-machine for something very essential: coffee!

Aside from the number-based interface (which will maybe come another time), there is something else very wrong with the design: where do you put your money?

You’ve got 10 seconds to think about this… 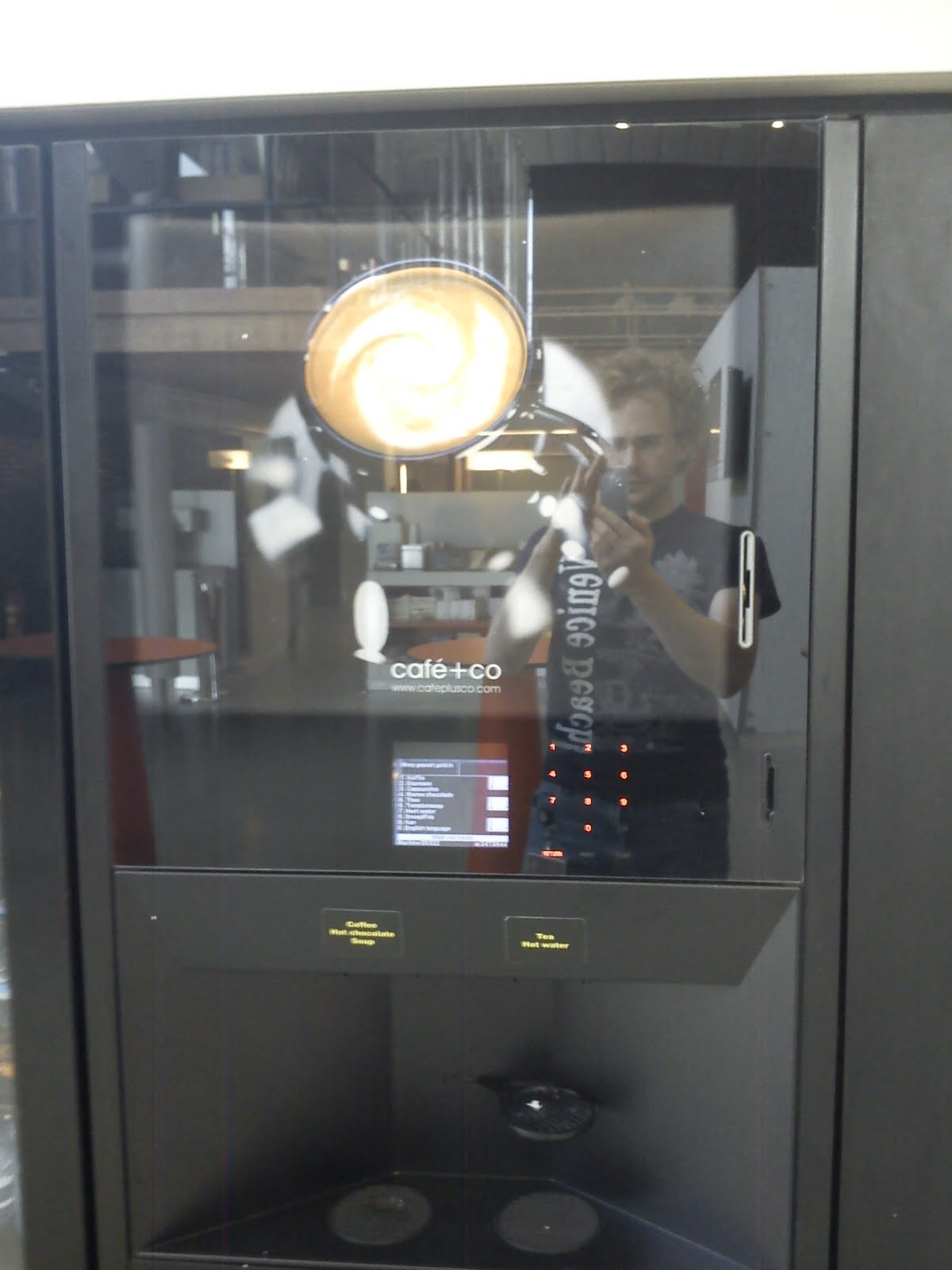 No, you’re wrong: it’s not the grey thing that looks like the money-slot! :D You actually put your money in the small, nearly-invisible black slit on the right of the number-pad. On other, similar, machines they’ve added some stickers. But of course nobody reads the stickers, and so people keep losing their money by throwing it in the wrong slot. A simple user test would have shown that this design is misleading. But in general, it would be wise to always keep affordance in mind: if a user can put money in a card slot, he will. Not because he’s stupid or malicious, but because putting money in a machine is not the most important thing in his life at that moment. So we should change the “mouth” of the card-slot so that it doesn’t afford to put money in anymore. And besides that the money-slot should be moved to a more convenient location and should be made much more visible. And then of course, we test it again :)