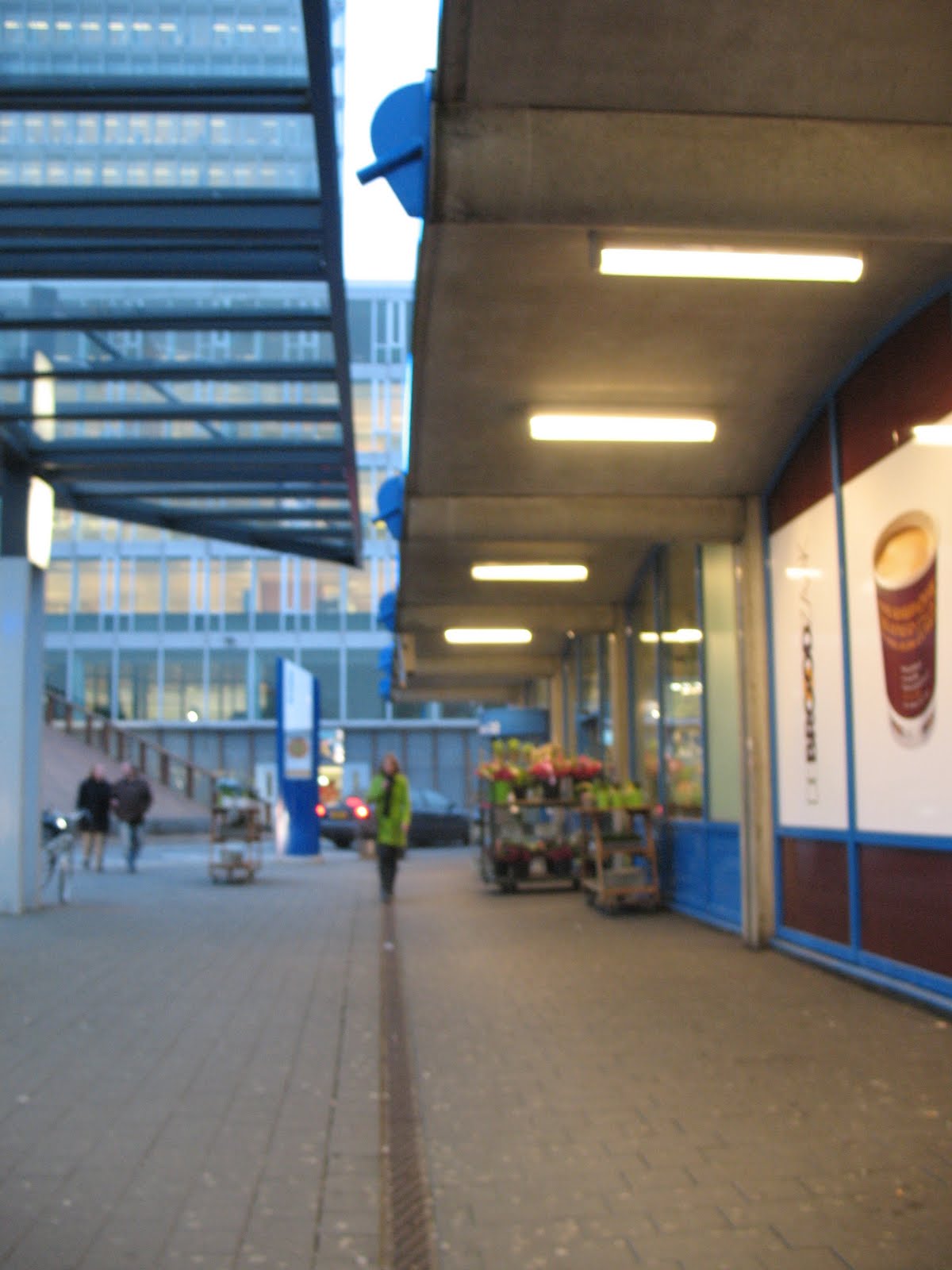 After the ‘smoking pole’, I’ve found another weirdness at a train station, this time at Eindhoven Central Station. What we see here is part of the roof of the bus station and part of the train station. The weird thing that these aren’t connected. When it’s raining, it pours in between these two roofs making a big mess of the station. Even after the rain, it keeps dripping for at least half an hour. This leads to a weird distribution of people who are waiting for the bus, as they logically leave the rain-trench free. Which in turn is very inconvenient if you quickly need to go through this crowd to catch the train: you’ll keep crossing the rain!

A ‘solution’ provided by the station for the mess the rain makes can be seen in this image, the water is caught in a drainage system… But that’s after making a mess of the people that were standing there! :) Also, can you spot the person who’s using the smoking pole wrong in the image below? (taken in front of the entrance) 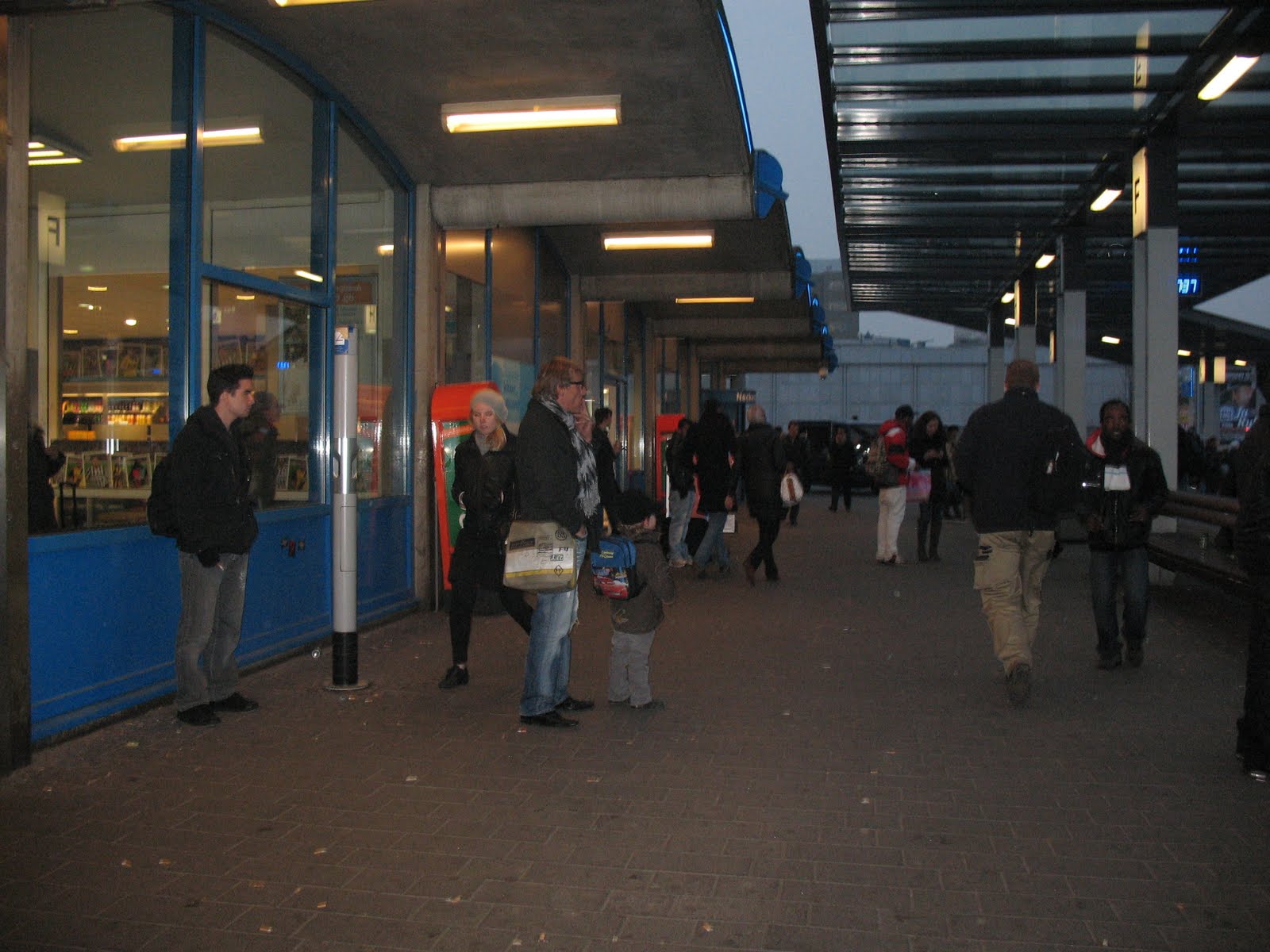 Either roof could have been made 50 cm. longer and there would have been no problem. As it is now, it’ll probably require a lot more work and money to remodel one of the roofs.