Today features two common household-appliances: a waterboiler and a dishwasher. Both were found in our department kitchen. I thought I’d add two items today, so you have something to ponder about during the weekend :)

Let’s start with the dishwasher. The main usability issue is that it has not just one, but two on/off buttons! The on/off button on the right has no directly discernible function. Pressing it seemingly only changes the state of the button (which can go in or out). Only the left button, which has a symbol of a square with an ‘I’ in it, actually makes the machine do something (start cleaning)…

My guess is that the right on/off button actually puts the machine in or out of standby-mode and that the left button acts more like a ‘start’ button. After some experimentation, this seems to be the case. Added to this, it’s quite difficult to see if the right-most button is pressed or not. Also, is there anybody who can tell me what the two cryptic symbols with the 3h-duration mean? (they’re located near the right on/off button)
Probably so you can delay the machine start (Marieke) 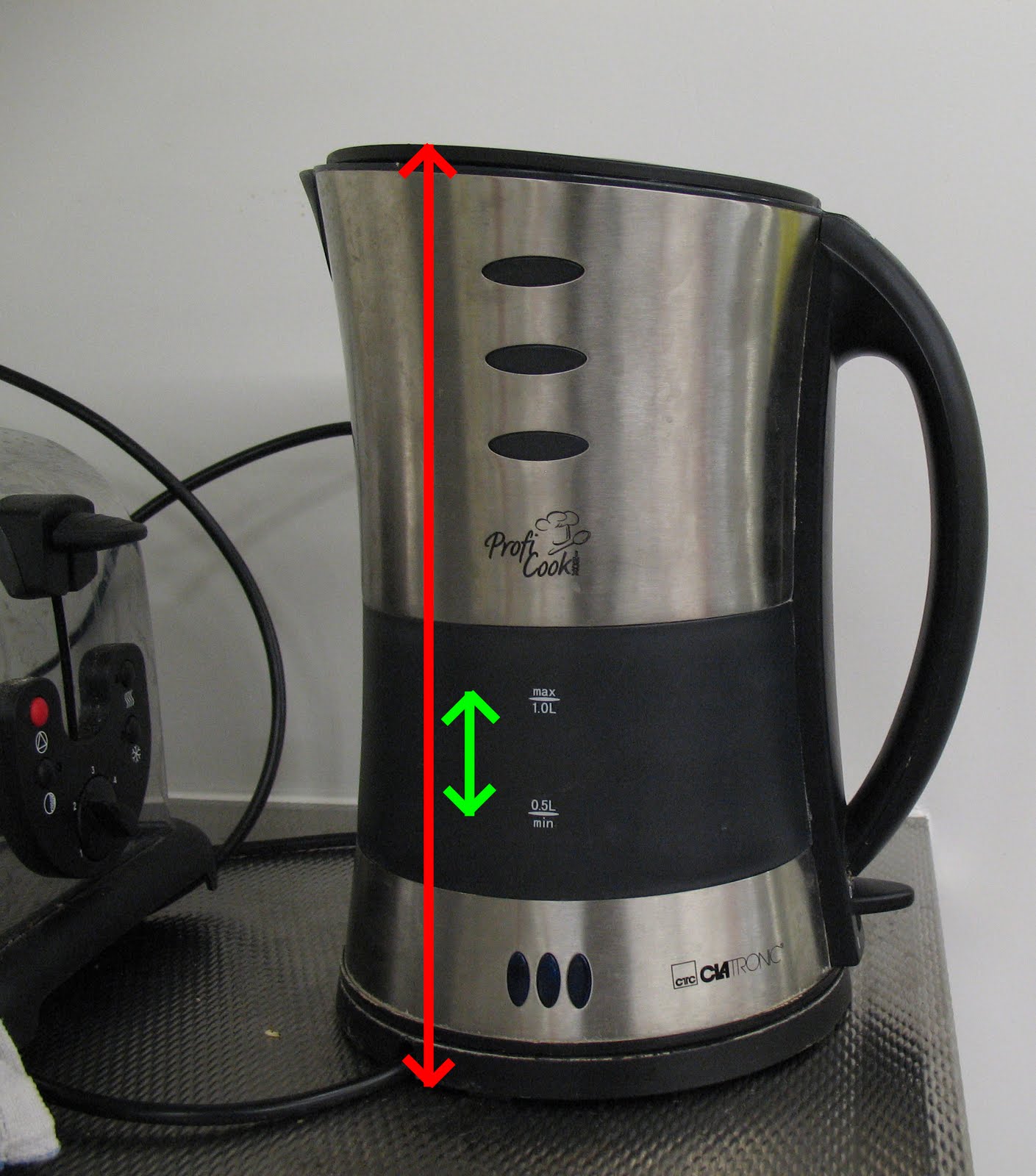 Now we proceed to the main dish of the day: The waterboiler! I’ve grown to hate this machine. It’s not that difficult to make a good waterboiler!! First of all, sometimes it doesn’t turn off automatically, which is dangerous. Secondly, the spout is shaped in such a way that boiling water easily overflows, which is also dangerous. But the most absurd attraction of this devilish device is: only a tiny fraction of it can be used! I’ve clarified it in the image above, the green arrow shows the usable part, while the red arrow shows the height of the total device. It’s absurd! Even in nightmares you wouldn’t dream up such a monstrosity :)

The dishwasher has several issues: it uses non-common and unclear icons and it counter-intuitively sports two on/off-buttons. I think a redesign is necessary, but for now we might get away with some simple modifications: relabel the left on/off button to say “start” instead of an “I” with a square, reshape the right on/off button so that it is easier to see it’s state (perhaps make it a switch) and change the weird symbol with two clocks saying “3h” to something meaningful (I have no clue what it means, so I can’t suggest anything here).

Sadly (?), the waterboiler can’t be saved. It has to go back to whence it came! I have seen over thirty examples of simple electric waterboilers that do work and the best solution is just to replace the current one with one of those.