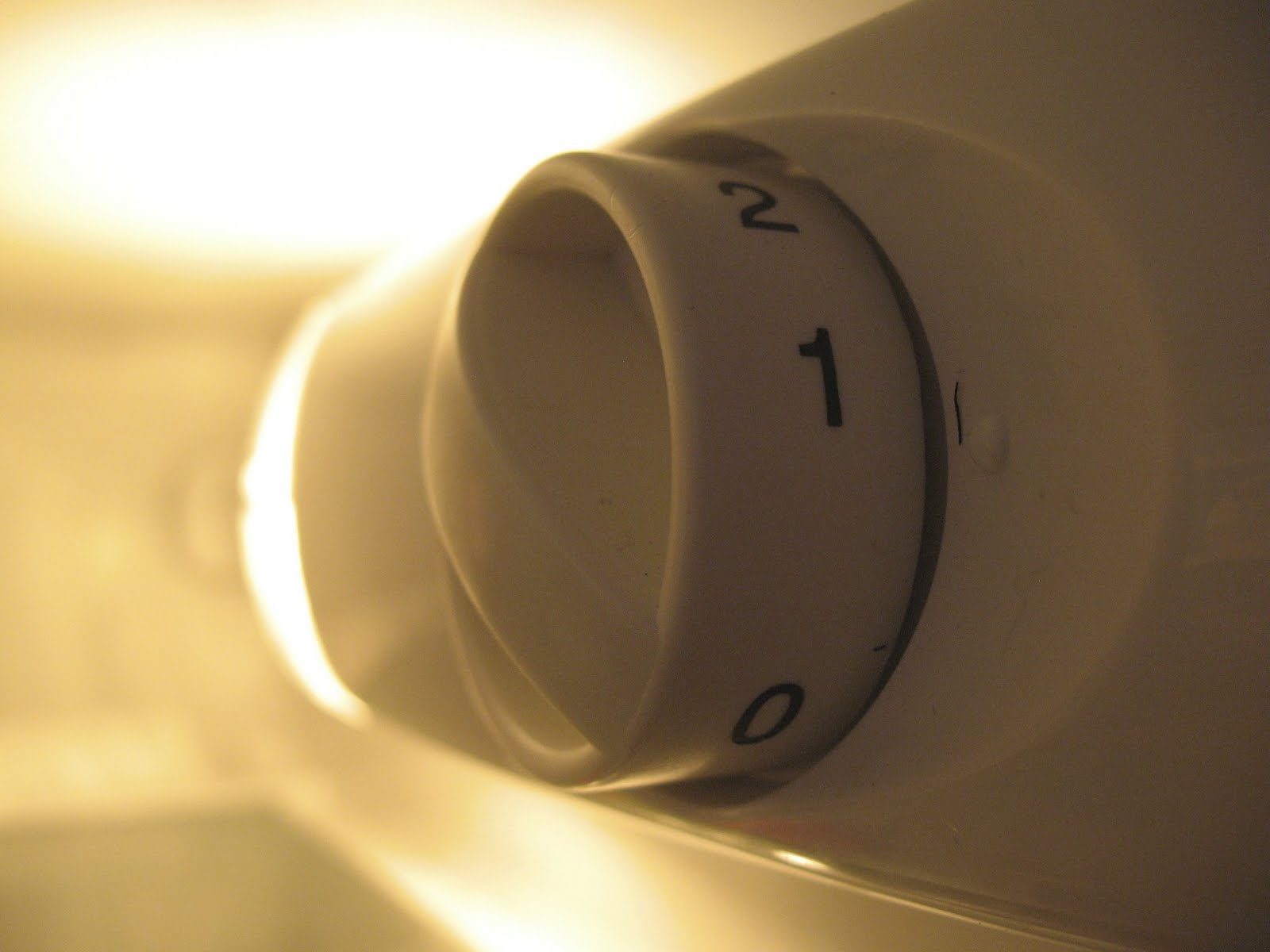 Refrigeration dial on the Nordland

Here is something I’ve always thought was strange about refrigerators: you set the power of them, not the temperature. Looking at the example up here (my Nordland refrigerator), you see it is set to ‘1’ right now. But which temperature is associated with this?

The answer is that you can’t know, it depends on the model, the outside temperature and the products placed inside. At least, that’s what the internet says :)

Another thing is the operation of the dial: if you want the temperature to go up, the number should go down. This number ranges from 0 to 7, which coincidentally is also the temperature-range most commonly used for a fridge (according to wikipedia). That makes this number even more confusing, as one might confuse refrigerator-power with temperature. I’ve looked into many fridges and this is the same everywhere. Below you can find two examples from old manuals :) 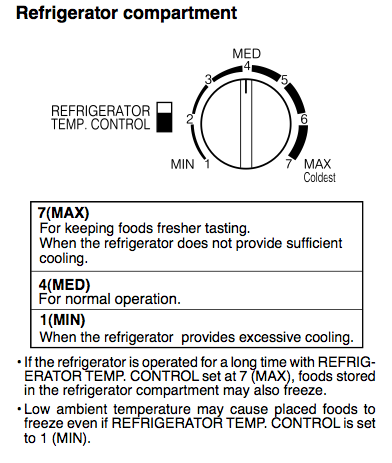 Sharp (dw37-41_OM) noticed that their control might be confusing and added the label ‘Coldest’, which is a (small) improvement.

Users don’t want to set the refrigerator power, they think about the temperature. Change the system to be a thermostat, so that we can just set temperature as we’re used to with heating systems!