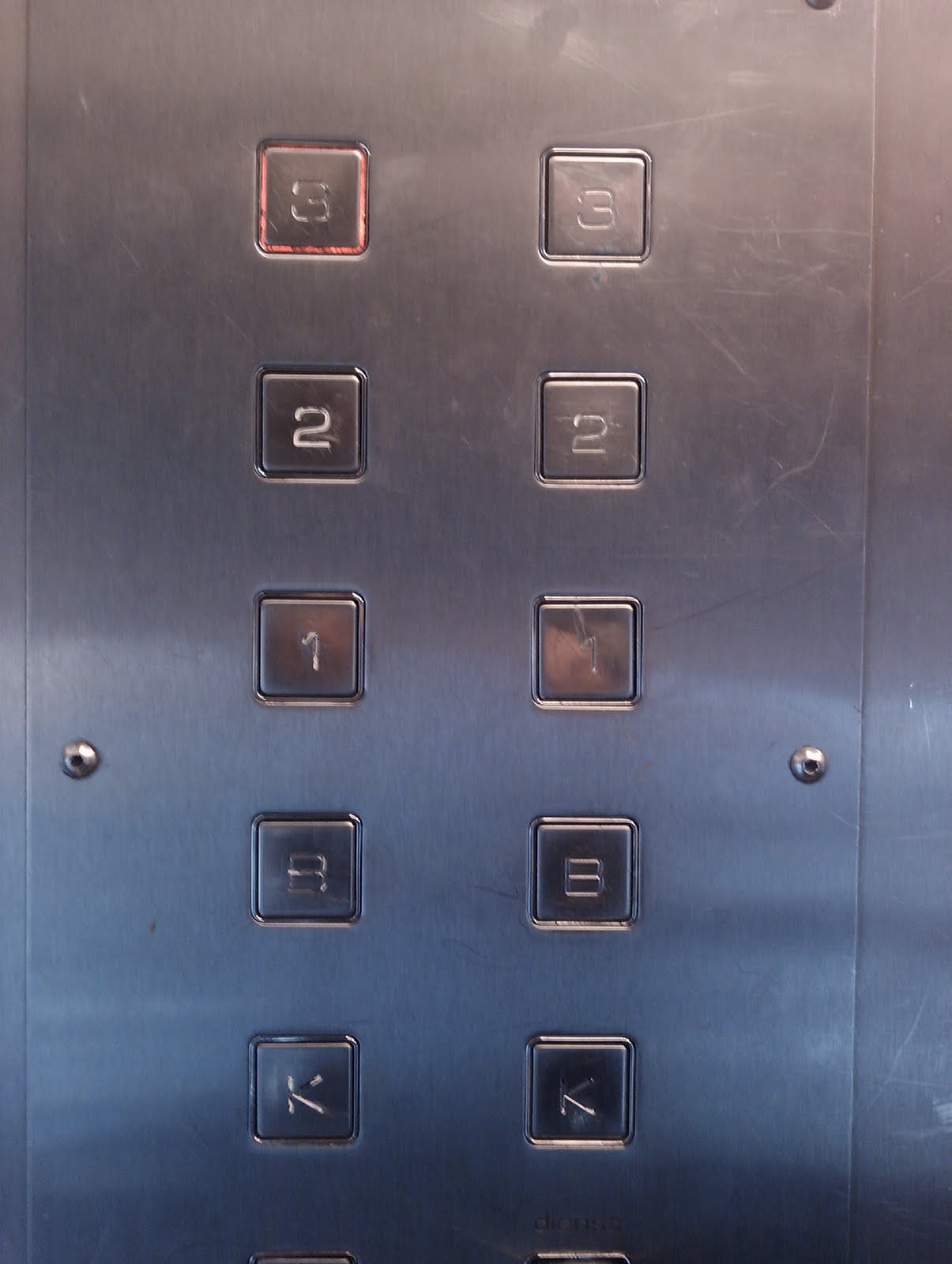 (thanks to Daniel for finding and photographing this)

For some reason elevators are a challenging system for designers, you can find the weirdest shapes and interaction designs. The blog-item of today was found by my friend Daniel, at a large chain store in the Netherlands. As you can see in the photo, this elevator has two identical columns of buttons. Or does it only look like that? 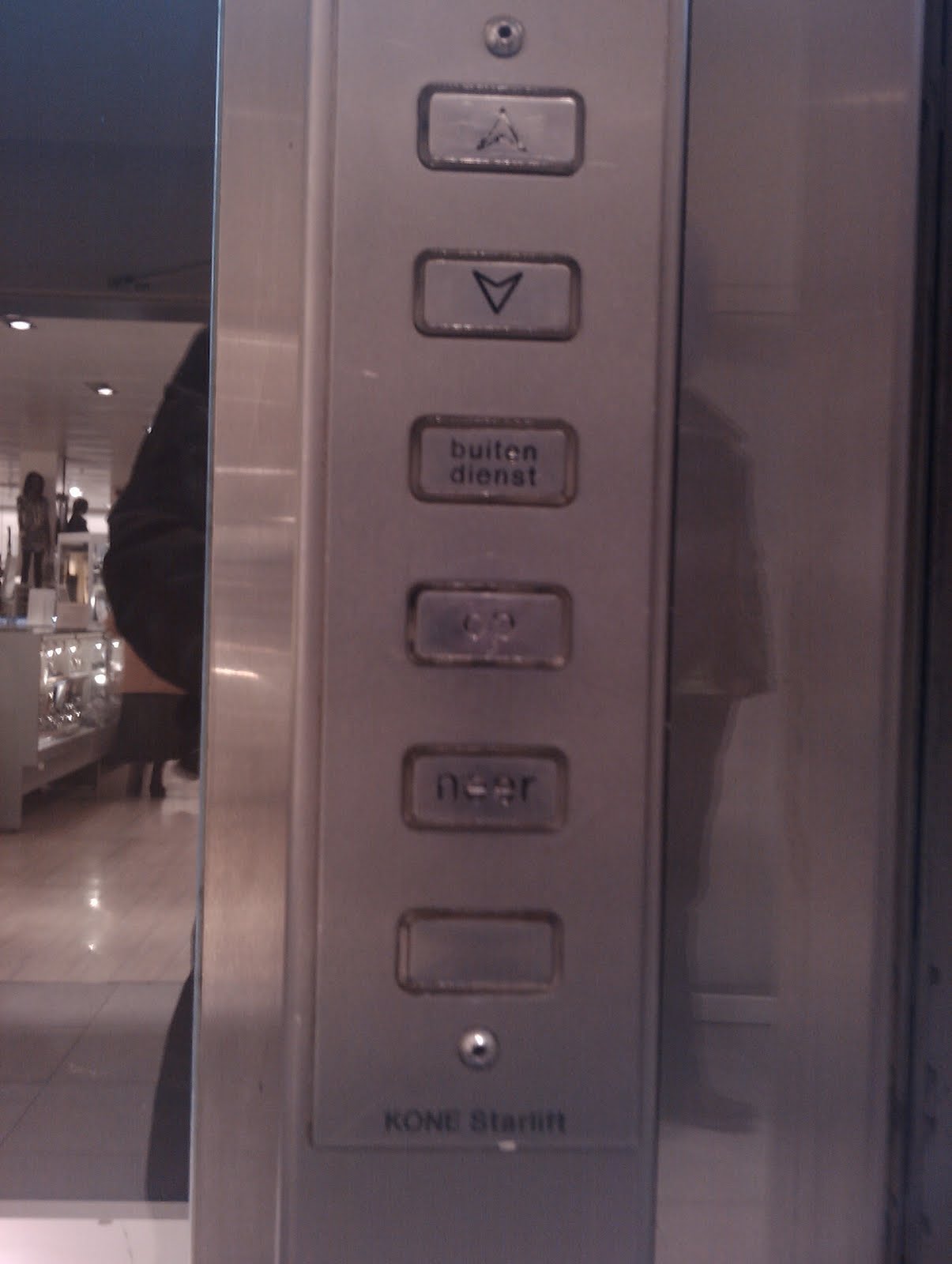 It doesn’t stop with the inside of the elevator, though! The buttons on the outside are maybe even more confusing. Here we see six buttons. Or do we? No, we get fooled again! :) The top two ‘buttons’ are actually indicators, showing if the elevator is going down or up. The third ‘button’ is also just an indicator, telling us if the elevator is out of service or not. The fourth and fifth ‘things’ are actually buttons, indicating ‘up’ and ‘down’. The sixth and last thing is nothing at all, it’s just there because these panels have six holes, probably… The bad thing about this is of course that the symbols up and down are more universal than the Dutch text and are a lot clearer. We’ll probably never know why the designer thought this was a good idea :)

The solution is quite easy, we just remove all the indicators that look like buttons. The buttons can then show which floor the elevator is going to and we can use a simple LED-screen to show the current floor. Or if we want, we can keep a bit of the current design and just reshape the indicators so that they actually look like indicators instead of buttons, by modeling them as a light for instance. For the outside of the elevator, we can remove the ‘op’ and ‘neer’ buttons and use the first two buttons as actual buttons, with a light in them showing that they are pressed.