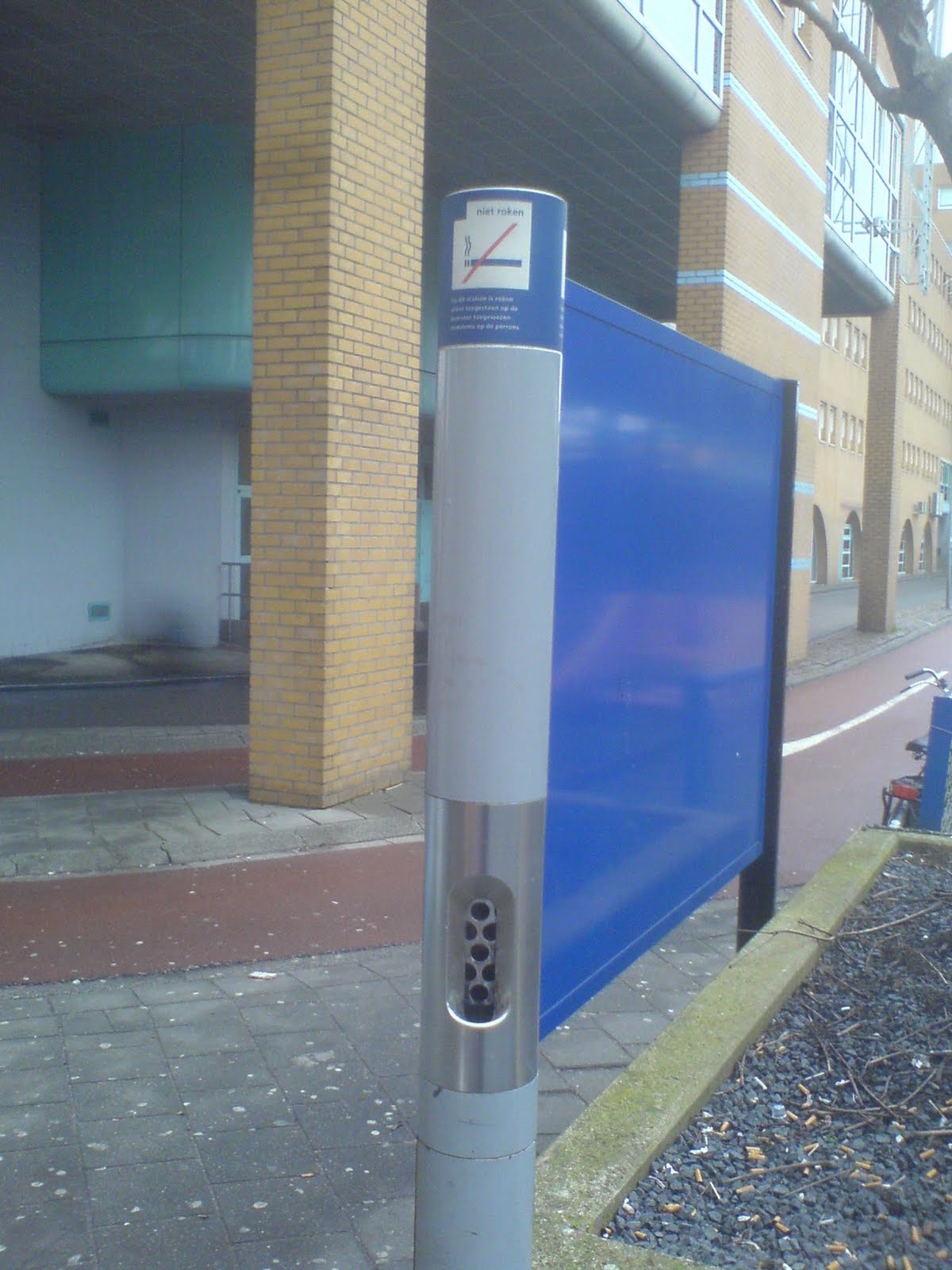 A “smoking pole” in Groningen

It earned it’s place on this blog, because of it’s conflicting message. Normally these poles mean “smoke here” but this one has a sign stating that it is not allowed to smoke here! So what is the pole doing here?

The key is to know the pole’s location; it’s at the entrance of the translation. The idea being that you stop smoking here and discard your cigarette! Of course, this is not what happens: people start smoking at these poles, creating a “smoke-screen” at the entrance of the station, which is the opposite of what this thing tries to reach! Also, its prime functionality (discarding your cigarette in it) is not being used, as demonstrated by the cigarettes in the flower bed…

Actually, this is a rather tough one! We want to encourage people to discard their cigarette, but not to linger and smoke at this place. This goes against the common pattern I’ve observed with people putting out their cigarette: they do tend to linger around ashtrays.

One design change is to adjust the shape of this ashtray, so that it is physically different from a pole. The international non-smoking symbol should also be clear (but not on the ashtray, that makes for cognitive dissonance, thanks zetta-ua), and an indication of the fine associated with continuing to smoke.