Does Europe’s new generation of never-meaters see the rest of us as murderers?

I’m trying out something new: writing speculative futures ! I’m imagining future ‘news clippings’ from newspapers or other media. The goal is to be neutral: not overly optimistic but also not Black Mirror. Looking forward to your feedback!

It’s a beautiful spring-day when I arrive at the Aspdamm-school in Stockholm. The sun has created a warm atmosphere in the playground and the children are laughing and playing together. I notice Jenny Nilsson as she’s settling an argument in the sandpit in the back of the schoolyard. She waves enthusiastically as soon as she sees me and then motions “one moment” as she brings back the peace in the group. Her long blond hair has trouble keeping up with her as she walks briskly across the playground to meet me. “Hello and welcome to Sweden!”, she says with a bright smile, “Let’s go inside and talk, I’m curious what you want to know from me”. And I’m starting to wonder the same, what isthis Texas-journalist doing in a school in Stockholm?

Europe has been on a trajectory of increased vegetarianism since the 2000s, and has banned the killing of animals for meat in 2035. I’m here in Sweden to see the cultural impact of this; what do European children (who never ate “real meat”) think of their parents who ate meat? What do they think of other countries, like the United States, where we eat ‘real meat’?

I try to keep up with Jenny as she speeds through the hallways and up the stairs. We sit down in the teachers’ lounge and we have a coffee together.

Let’s start with the basics, who are you?

I’m Jennifer Nilsson, and everybody calls me Jenny. I’m a full-time teacher and I teach children ages five to eight years old. I love my work, seeing the kids grow emotionally and intellectually, and being a part in that. I would work every day of the week if I could! (note: working full-time means three days per week for teachers in Sweden)

You work with a generation that has never eaten ‘real meat’ how does that feel?

Well, to be honest we never talk about it. And I don’t know if it’s that special. I mean, I have basically been a vegetarian for ten years now. Before we only ate meat two or three days a week and ate plant-based “meat” (she signals quotation marks with her fingers) the other days. And then St. Assisi came to the market and we’ve been eating that. I’m not sure which generation you mean (laughs), I feel like I’m part of that generation also! 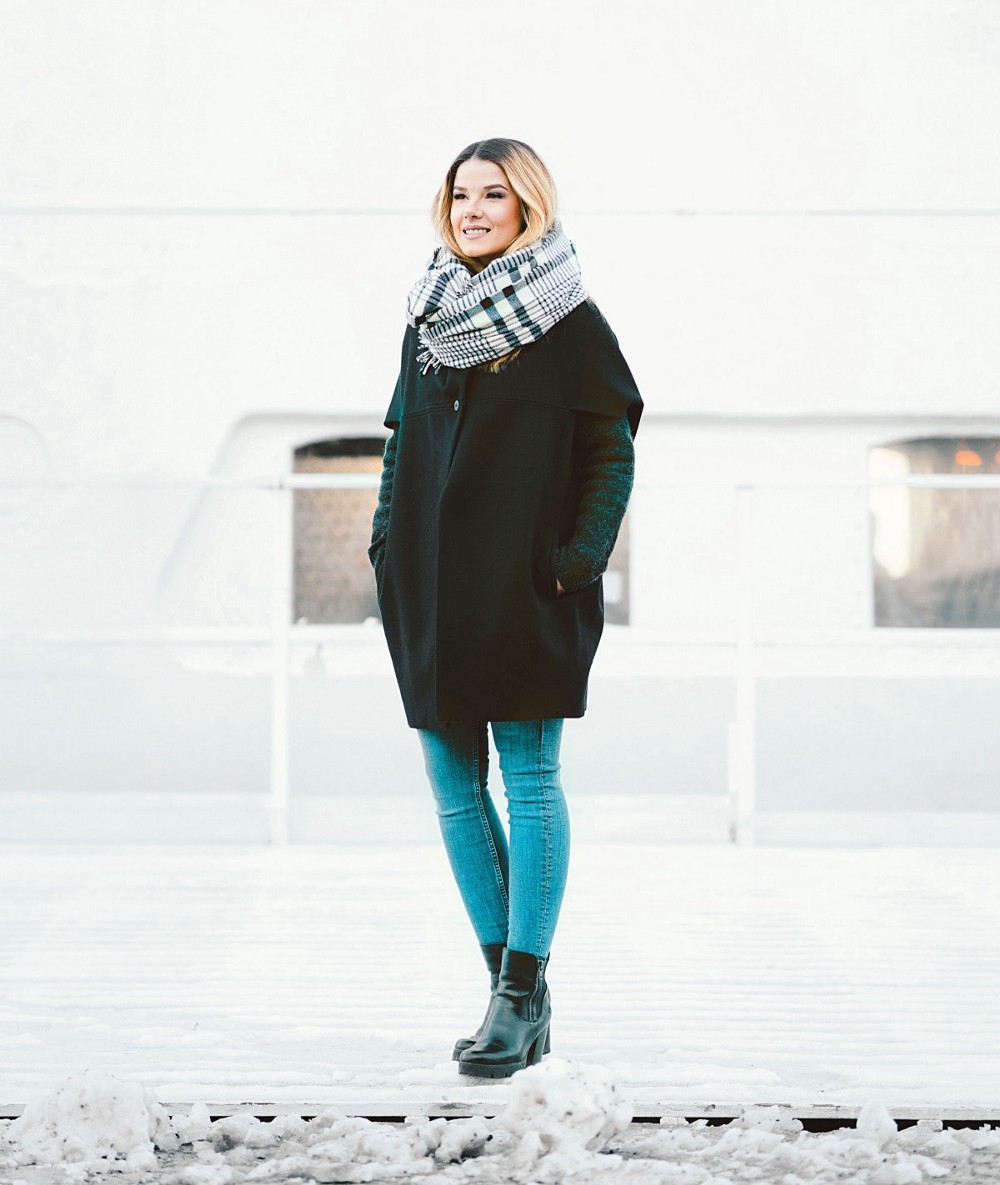 Photo of Jenny by Toni Hukkanen on Unsplash

You teach 8-year olds, what do they think of you as someone that ate animals that were killed specifically for you?

Like I said, we don’t focus on that too much in school, but I remember the situation of a little girl a couple of years ago. She was the daughter of a family of butchers and she held her classroom-presentation about her father and grandfather. She didn’t show any graphic images, but still there were a lot of crying children in the classroom. That poor girl, it took weeks for her friendships to recover.

Sometimes children come up to me to ask if I ate cows and if I slaughtered them myself. That’s not how it was. When you bought meat in the supermarket, you were distant from the slaughterhouse. You buy a sausage and not a pig. Thinking back, it was weird that you could buy animal body parts in the supermarket (Jenny lets out one of her raucous laughs again).

When I grew up, we had a cat and a dog in our house and you’d never imagine eating those, you know? But my father grew up differently, they lived in a village and had chickens, turkeys and even a family-pig. He told me he helped in butchering the chickens, snapping their necks and plucking them. And the pig was even weirder, they gave it a name and they would pet it, it was almost like a dog or cat. Can you imagine that they took care of such an animal and kill and eat it?

I don’t regret eating meat, it was a thing we did. It was normal and the meat on our plates was a separate reality from the pigs and cows we loved in the petting zoo. It doesn’t differ much from the situation now.

Yes, I understand, that makes sense. What you’re saying is there’s not generational difference?

Every generation grows up with accepting the things around them as “normal”. For us, for you and me, that was eating meat. Meat bought from a supermarket or butcher. For the new generation, it’s not that different. They also eat meat from the supermarket, but now it’s not grown on animals anymore.

And how about other countries where the slaughter of animals is legal? Like the United States where I’m from?

To the kids in my class it’s strange to kill animals and eat them. They cannot understand why people would do that because they didn’t experience that reality. The world was different for my parents, I’ll never understand their world. I cannot even understand how I used to live (laughs again).When I think of eating lamb meat now or meat from a suckling pig. It’s strange, to eat such young animals. Can you imagine a person killing a lamb?

I don’t see you or any other American as a monster, don’t worry! My kids all say they would be vegetarians if they lived in the 21st century (laughs), the little angels. Truth is they’d eat whatever their parents put in front of them.

Every now and then, a kid says they ate ‘real meat’, when they had a religious event or when they went on holiday to the United States because their parents were craving to eat meat again (again Jenny lets out a big laugh). But you know what (she shakes her head), the kids honestly don’t look happy when they tell me they ate real meat. There is a taboo on eating killed-meat here in Europe. Similar to eating a dog or chimpanzee in the United States I imagine.

How do you see the future for your children?

I’m an optimist! The ban on killing animals helped in lowering the greenhouse gasses in Europe, I’m happy we can go out in the sun most days of the summer. And the meat-thing, it was not a big sacrifice to make in the end.

I think the future of food will be interesting. St. Assisi is printing food, it’s amazing! We can eat everything now, panda-meat, giraffe-meat, crazy stuff. And I want to know where we go from here, there’s a relationship to how meat was before, the structure and the taste. But why continue to print bones on a chicken wing? Or the ‘rack’ part of spareribs? And what else can roll out of that printer?

I’m excited about the future and I look forward to all the food my kids will eat and maybe even invent!

That’s a positive end to our talk, thank you!

That wraps up our interview and I symbol a hug to Jenny. As she guides me out of the building the kids are all looking and waving at me, The American. I leave the Aspdamm-school with a mind at ease. During the flight from the USA to Sweden, I had a vague idea that the children might see me as a murderer or creep who eats dead animals, but Jenny’s words have soothed my fears.

A kill-ban may never happen in The United States, or most the world, but it doesn’t matter. There is a new generation in town and it doesn’t kill. Even in my hometown of Austin, the birthplace of steak, supermarkets are filled with ‘fake meat’. It’s cheaper, more consistent of quality and — frankly — better tasting. The war on meat has been won. My 12 year old cousin puts it best: “why kill a cow to eat meat?”

Liked this article? Read the previous one: My daughter’s bionic arms or continue to the next one about a dress.

Does Europe’s new generation of never-meaters see the rest of us as murderers?