Disruptive Innovation: Kenya vs the Netherlands

This article is also published in the Angi Studio Medium collection

Why it’s possible to pay your groceries by mobile phone in Kenya, but we’re stuck with a debitcard in the Netherlands

Since at least 2007 it’s been possible to pay by mobile phone in Kenya. Pay your electricity bills, transfer money, pay in the shop… You don’t need paper money or a debit card in Kenya, most people don’t even have a bank-account (only 20% of Kenyans do). All banking can be done with the mobile phone and if you need cash, you just go into a phone-store and get the money off of your phone. The system is called in M:Pesa, it works on any phone and only needs 2G.

Compare that to the Netherlands: we don’t have one simple solution for paying. We have big wallets filled with debit cards for the stores and cash for when cards are not accepted (for instance due to lack of internet), and maybe some people have a credit card or chipknip. We have online banking for paying and transferring money, but most of the time we need our card or a little security machine to log in. And ‘our’ mobile banking only works when you’re online and have smartphone with Android or iOS.

So is Kenya miles ahead of us, or is something else happening there?

Already a while ago I attended two presentations by Franco Papeschi and John Kieti during Design by Fire on how Disruptive Innovation was happening in Kenya. I’ll mainly talk about Franco’s presentation here, but I also learned a lot from talking with John afterwards.

As Franco explained it, disruptive innovation is using existing technology or methods for a new purpose. For example in the case of Wii vs Playstation 3: Sony went out of it’s way to create a massively improved gaming device, pushing the boundaries of technology to create something that could cater even better to it’s existing audience. Instead, Nintendo went the other way and used existing technology to reach a new audience. The devices have a different audience and were successful in their own way.

I got really excited by this way of thinking: mainly because of the great examples in Kenya, but also because it shows that you don’t need to be a big company to do something cool, sparking enthusiasm to do it myself (I’ll keep you updated on that :) )

In Kenya they’ve set up labs (such as M:Lab) to help young Kenyan entrepreneurs to do this, and it’s a huge success. Some projects get millions of USD in funding.

It is great to see what kind of impact you can have by innovating this way. You don’t need to study rocket science to implement a creative idea that has a huge impact on the people using it. 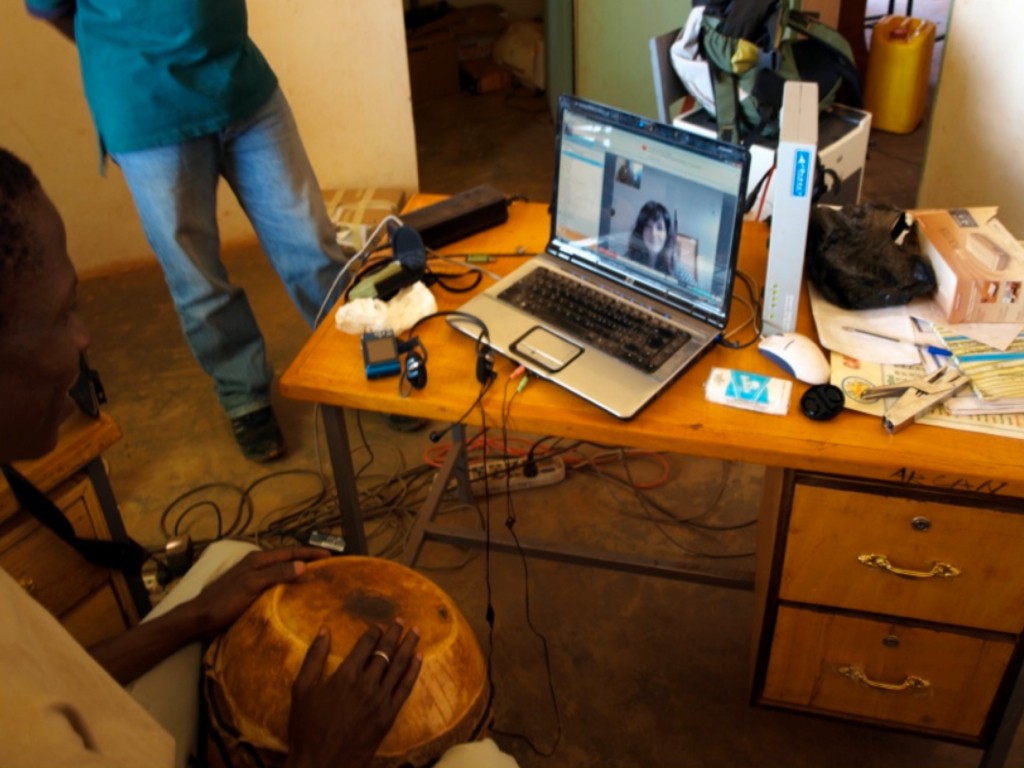 Extending your drum lessons to all over the country using Skype ([photo from Franco’s presentation] (http://www.slideshare.net/bobbywatson/designing-impactful-experiences-starting-with-nonusers)) 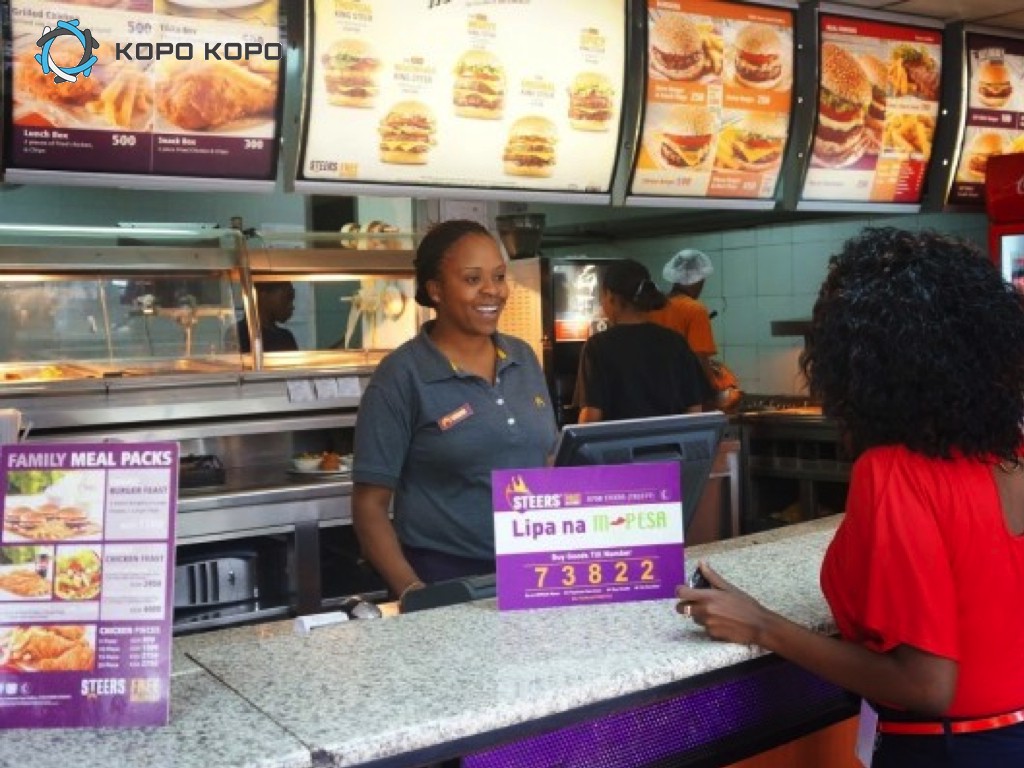 Kopo Kopo: an initiative to make it easier for small shopkeepers to accept M:Pesa money (photo from Humanipo) 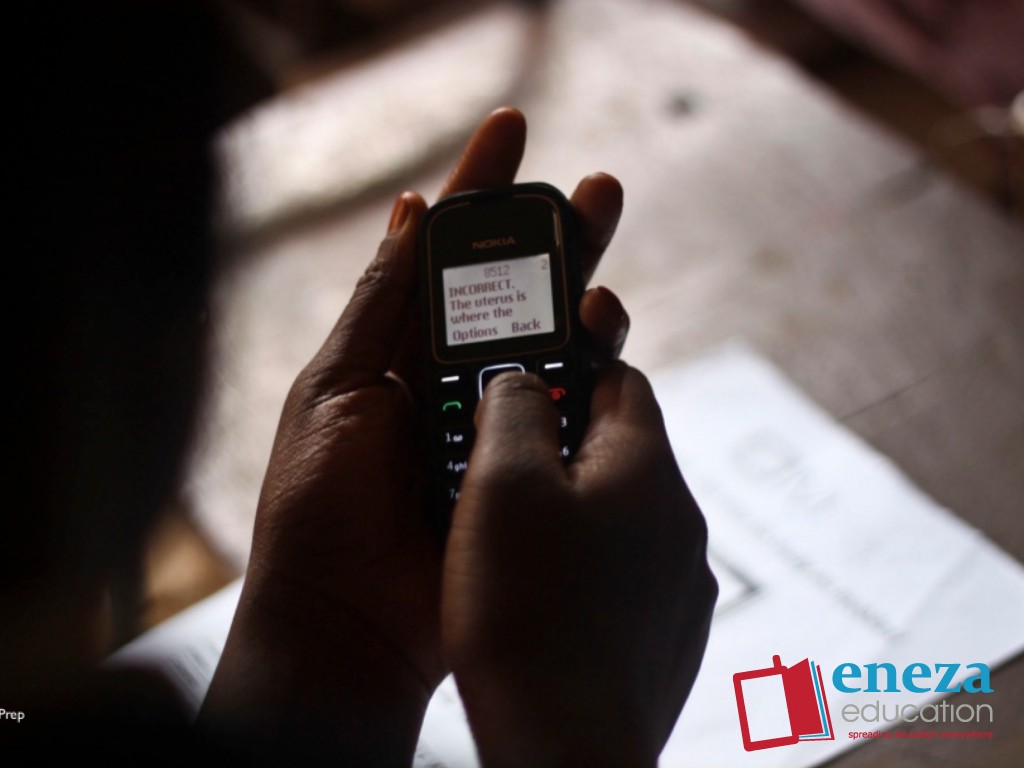 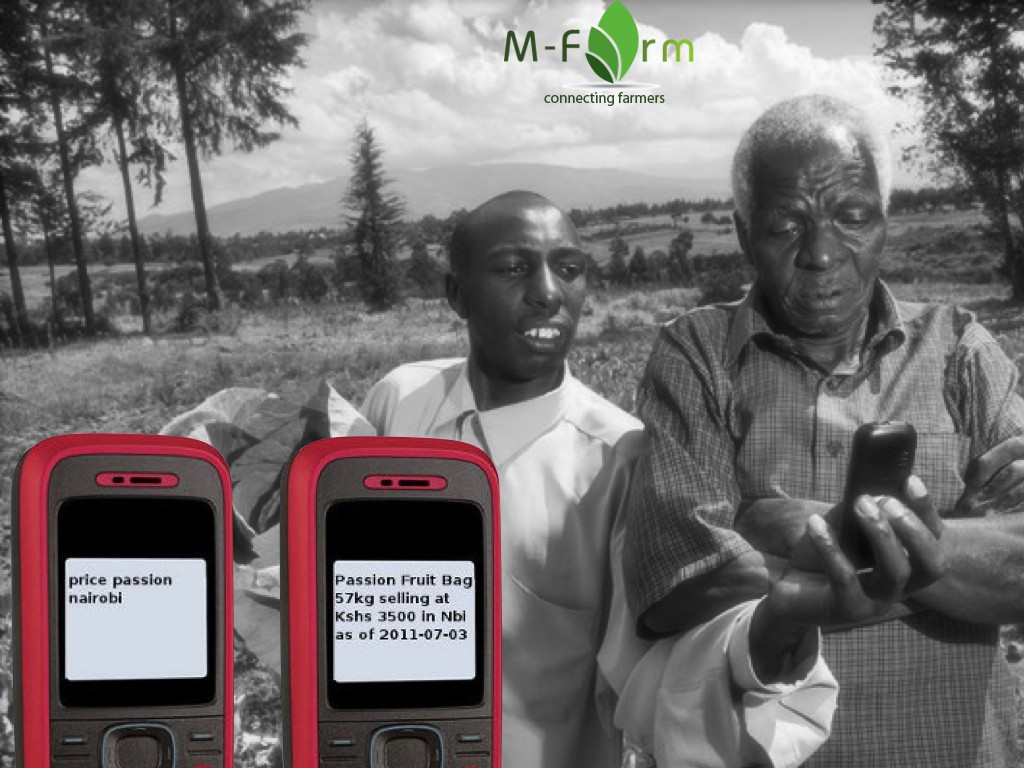 M-farm: a way to check the price of their produce on the market, making sure farmers (75% of Kenyans) get a fair price for their work (photo is a collage from Sven Torfinn/M-Farm and M-Farm)

This is what happened with mobile banking: Kenyans started using minutes they bought as money and from there on a system emerged that used sms for transferring money. This grew to a system developed by Safaricom (a telecom operator).

The impact for Kenyans

75% of Kenyans work in agriculture and they’re not paid a lot, mainly due to middle-men taking a high cut. Electricity bills are paid in advance every month and when the electricity goes out they have to travel to the city, wait in line, pay with cash, and travel back: it easily takes a day.

With M:Pesa it’s possible to send one text when the electricity runs out and it goes back on again. It’s also possible to have some savings this way. And when the middle-man comes, you can check the price of your crops in the city using your mobile before you agree on the price. This means getting a proper price for the crops.

This is a huge impact: Kenyans have more time and money to spend on (for instance) family health and education.

Disruptive technology in the Netherlands

It would really thin out my wallet if I could transfer money by phone in the supermarket and save time if I wouldn’t need wait until I’m at home to transfer money to my friends (yeah, yeah, I should buy a smartphone). And why do I need cash for the ice-cream truck?

The main thing is that for banking there’s a lot of regulation involved. Banks need to comply to a whole set of rules and laws: national, European and international. Furthermore a bank needs to get a permit from the central bank (in the Netherlands this is the “Nederlandsche Bank”). Of course this is also the case in Kenya, but M:Pesa flew under the radar of oversight for a very long time and got a big base of operation that way. It’s still not classed as a bank in Kenya. Existing banks in the Netherlands would never allow a mobile operator to do this.

Between online banking and the debit-card we have almost anything we need already. In Kenya people were denied bank-accounts and trips to the bank would take a day worth of travel anyway. Therefor their necessity is much higher.

We’re used to more polished solutions: something has to work straight out of the box, in a nice way. That’s great, but it does make disruptive innovation a lot more difficult.

Everybody can do disruptive innovation

So maybe banking is too big of a step to try and tackle right now, it doesn’t mean that disruptive innovation is impossible, because we have the same tools to our disposal as the Kenyans do.

Some examples of success are Marktplaats and Craigslist (both simple auction sites made with existing technology), Chatroulette (random videochat, made in two days), Postcrossing (send and receive cards from all over the world, started on an old computer), the descriptive camera and Tinyhabits by BJ Fogg. Tiny Habits especially shows you can have a great impact on people’s lives using current technology in a really basic way. BJ only uses mail and MS Excel.

So look around at all the great stuff that’s available around you: video-calling around the world, sensors (GPS and NFC are pretty cool), web-services, existing infrastructure (snailmail, phones, texting) and of course the human-element.

Stop reading and connect some of those services already!

This article is published in the Angi Studio Medium collection